More About Your Store 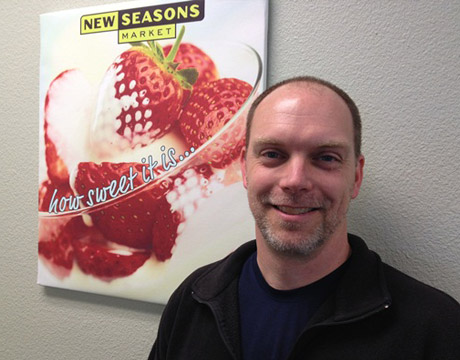 Scott’s a humble guy. He might not tell you that he beat the Mayor of Tualatin to win the 2015 Pumpkin Regatta—an epic rowing battle that takes place in—you guessed it—giant pumpkins. Being part of the vibrant Nyberg Rivers mall is one of the best parts of the gig. When he’s not working, he’s spending time with his teenagers, bowling and venturing into the woods. And at the end of the day it’s about the simple stuff. His last meal of choice? That’d be Doritos and Pepsi.

Military Tuesdays
10% off most items

Senior Wednesdays
10% off most items

New Seasons is proud to be a Certified B Corp. © 2020 New Seasons Market

Sign up here for our weekly flyer emails & weekend deals.